Caster Semenya in fight against ‘flawed and hurtful’ rules 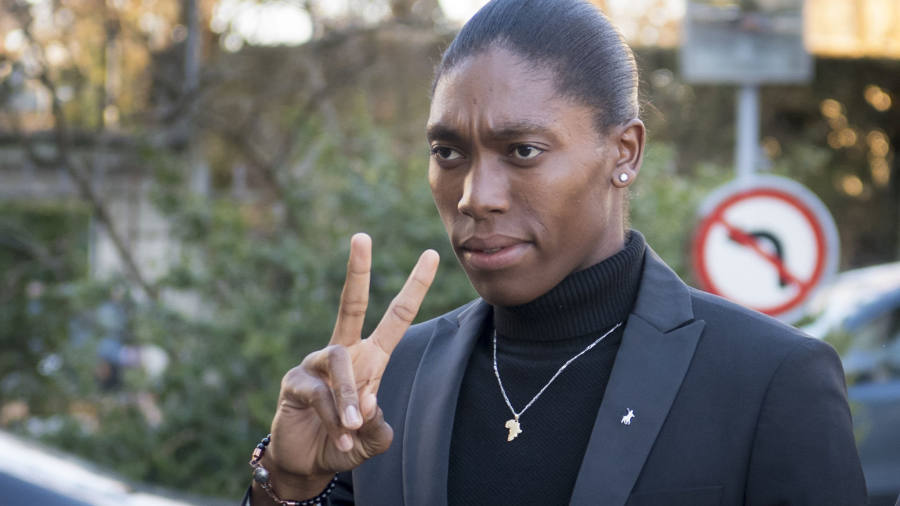 In the decade since South African runner Caster Semenya won gold in the 800 metres in the World Athletics Championships in Berlin, she has been dogged by speculation about her biological make up.

While the sport’s regulators argue that she has male characteristics that provide her with an unfair advantage, she has simply said: “I am a woman and I am fast.” After years of legal back and forth, the runner hopes that a court case this week will put to rest doubts over her eligibility to compete in female events.

Ms Semenya is challenging rules introduced by the International Association of Athletics Federations (IAAF) last year governing athletes who can compete in female track and field events. The legal battle has made Ms Semenya the face of a modern debate over gender classifications, with the case expected to have far-reaching implications for intersex and transgender women across sport.

“Ms Semenya believes that she and other women affected by the regulations should be permitted to compete in the female category without discrimination, and celebrated for their natural talents as are all other athletes with genetic variations,” said her lawyers in a statement this week. They added that the IAAF’s regulations “represent yet another flawed and hurtful attempt to police the sex of female athletes”.

The IAAF has said it is “empowering girls and women”, saying the regulations are “necessary to ensure fair competition for all women. Indeed, without it, we risk losing the next generation of female athletes, since they will see no path to success in our sport.”

Born with elevated levels of testosterone, Ms Semenya is hyperandrogenous. Last year, the IAAF introduced rules to restrict testosterone in female athletes in some events, a move that would require Ms Semenya to take drugs to limit her testosterone levels to counteract the perceived advantage.

Ms Semenya’s challenge is being heard at the Court of Arbitration for Sport (CAS), a Lausanne-based body which is the highest arbiter for international sports disputes. The court is being asked to rule on a debate that has raged since Ms Semenya emerged as a leading middle distance runner in 2009 at the age of 18. Italian athlete Elisa Cusma, who finished sixth in the 2009 world championship, was reported to have said: “These kind of people should not run with us.” Ms Semenya, who has faced repeated media speculation about her biological make up, has had to undergo gender tests.

In 2011, the IAAF first implemented a policy to force athletes such as Ms Semenya to take drugs to suppress their testosterone levels. Her running times significantly slowed as a result. At the London 2012 Olympics, she was beaten in the 800m title by Russia’s Mariya Savinova, who had questioned whether Ms Semenya should race in women’s events. Later, Ms Savinova received a ban from the sport for doping offences and Ms Semenya’s silver was upgraded to gold.

Forcing women [with] naturally high testosterone to give up ownership of their bodies and take drugs to compete in sport is barbaric, dangerous and discriminatory

In 2015, the IAAF was forced to lift its hyperandrogenism policy after the CAS ruled that there was inadequate science to determine whether intersex runners had an advantage over athletes who benefit from other natural attributes, such as people born with “fast twitch” muscle fibres that help explosive sprinting. This enabled Ms Semenya to run without taking hormone-reducing drugs. She then won gold at the 2016 Rio Olympics.

Last year, the IAAF reintroduced its policies for some athletics events, including middle distance races, relying on scientific research to once again claim that female athletes with higher testosterone levels gain a significant advantage. The IAAF has suspended its policy until the CAS issues its ruling, expected by the end of next month.

In this week’s hearing, Ms Semenya has relied on testimony from leading experts to challenge the IAAF’s scientific position. She has also secured powerful allies in the sporting world who support her desire to compete alongside women. “My friend Caster Semenya is unequivocally female,” said former Grand Slam tennis champion Billie Jean King on Twitter. “Forcing women [with] naturally high testosterone to give up ownership of their bodies and take drugs to compete in sport is barbaric, dangerous and discriminatory. I stand behind her and hope she prevails.”