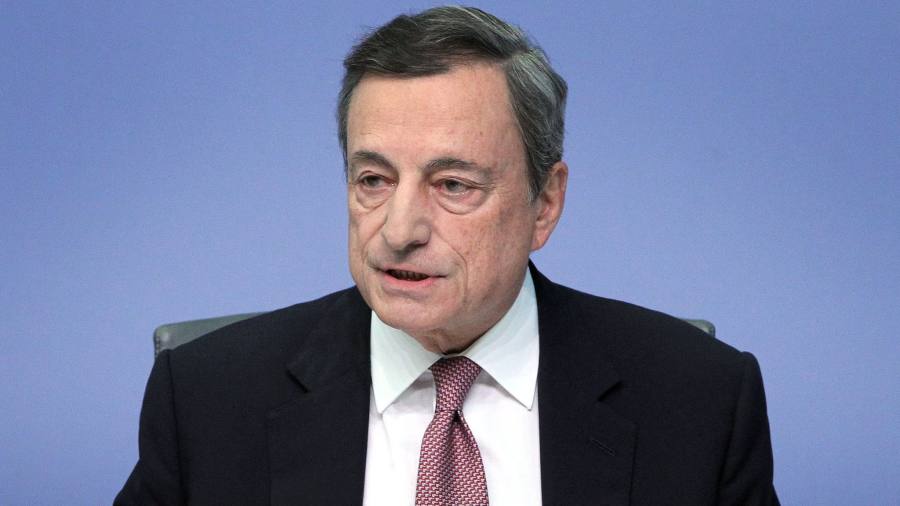 Mario Draghi, European Central Bank president, has taken a thinly-veiled swipe at Brexit and populist lawmakers in Rome, saying separation from the EU would deprive businesses and citizens of departing member states of the power to shape the world economic order.

Mr Draghi said that while states might gain independence by quitting the 28 member union and going it alone, they would be likely to lose sovereignty as they would no longer be able to control the course of globalisation.

He said the EU gave member states the capacity “to ensure that globalisation is not a race to the bottom on standards.”

“The EU . . . allows countries to achieve goals that they could not realise alone,” the ECB president said at a speech at the University of Bologna on Friday. “And the EU is able in turn to export some of its standards globally.”

Few European economies were sizeable enough to withstand economic shocks or exert leverage in trade talks. “Co-operating at an EU level increases their potential to do so,” Mr Draghi said.

While the most obvious target for the remarks is the UK, which is set to leave the EU on March 29, Mr Draghi’s defence of the EU’s role in securing free trade was also expected to resonate in Italy, his home country.

Relations have soured between the Italian authorities and European institutions, including the ECB and its constituent national central banks, since the anti-EU coalition of the Five Star Movement and the League came to power in 2018.

Last week, Matteo Salvini, Italy’s deputy prime minister and the leader of the League, attacked the Bank of Italy and called for some of the central bank’s substantial gold reserves to be sold. Luigi di Maio, Five Star’s leader and the other deputy prime minister, last year attacked the ECB chief directly over plans to taper central bank bond purchases.

The ECB president acknowledged that widening inequality had given the perception that the EU had created winners and losers. The right response, he said, was to ensure “unity and equity” as a guide for policymaking.

The remarks also follow worsening trade relations between the US and Europe that could end up costing the region’s manufacturers, already under pressure from weak global demand.

Mr Draghi, who is set to leave the ECB in October, described the current environment as one “where every point of contact between the great powers is increasingly one of friction”.

But he said the EU, the second largest global economic area after China, provided some security against a global trade war because of its bargaining power and because intra-EU trade accounts for half of exports.