Maybe men will not be the winners from AI after all 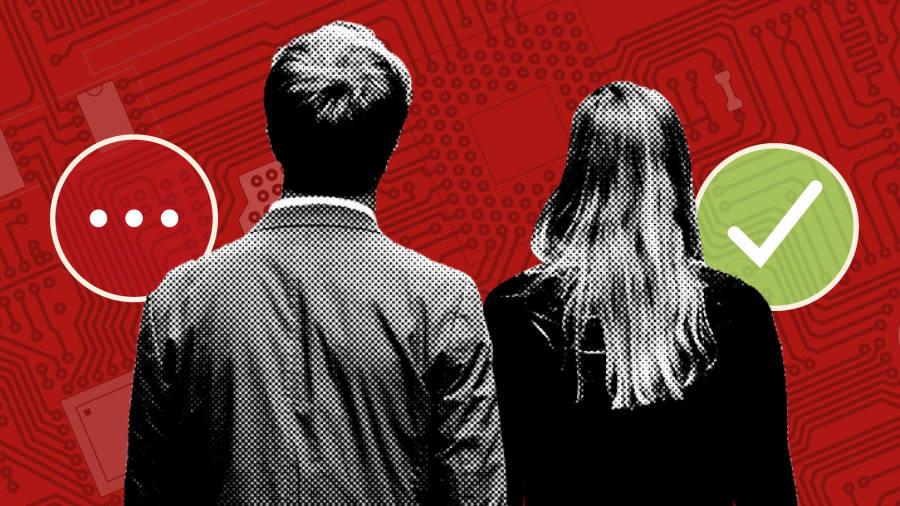 The latest panic about artificial intelligence is that it will deal a blow to women in the workplace. Women accustomed to gloomy headlines may have met this one with a fatalistic shrug. But it is worth interrogating why on earth it might be true.

The concerns are legitimate enough, but they fail to appreciate the big ways in which the world of work is going to change. In fact, it is quite possible the age of AI will belong to women. Men are the ones in danger of being left behind.

There are admittedly some reasons to worry about women. Some AI tools may be biased against them — a risk for any group that has been historically under-represented in the workplace. Because machine learning tends to learn from historical data, it can perpetuate patterns from the past into the future. Amazon reportedly discovered a few years ago that an experimental recruitment tool, based on 10 years’ worth of job application data, had taught itself to penalise CVs that contained the word “women’s”, such as “captain of the women’s hockey team”.

On top of that, data from LinkedIn profiles suggests 78 per cent of the people working in AI are men. Not only are they shaping the future, they are also occupying some of the best new jobs to be created in recent years. A hiring war has sent the salaries of people with machine learning PhDs into the stratosphere.

It is right to pay attention to these problems and work on solutions. Algorithms shouldn’t be given power without transparency, accountability, and human checks and balances. Top AI jobs should be held by a more diverse set of smart people.

But it is also important to remember that only a small number of the jobs of the future will actually involve creating algorithms. Far more of us will find our work reshaped and revalued by them. And it is here that women may have the advantage.

As machines become better at many cognitive tasks, it is likely that the skills they are relatively bad at will become more valuable. This list includes creative problem-solving, empathy, negotiation and persuasion.

As Andy Haldane, chief economist at the Bank of England, has put it, “the high-skill, high-pay jobs of the future may involve skills better measured by EQs (a measure of emotional intelligence) than IQs”. There is no reason why men should not excel at these, but historically such skills have been more identified with — and encouraged in — women.

The author argues this is connected to increasing demand in these jobs for supplementary skills such as emotional intelligence, which has given women an edge.

It is important not to get too carried away. The trend identified in the paper has only gone some way to closing the gender gap in top jobs. And there is no sign yet of a reappraisal of the value of emotional skills in jobs such as social care, which remain some of the worst paid in the economy.

We could start by changing the language we use. For too long we have talked about “soft skills”, with connotations of femininity and a lack of rigour. Let’s call them what they are: “robot-proof skills” that neither men nor women can afford to face the 21st century without.