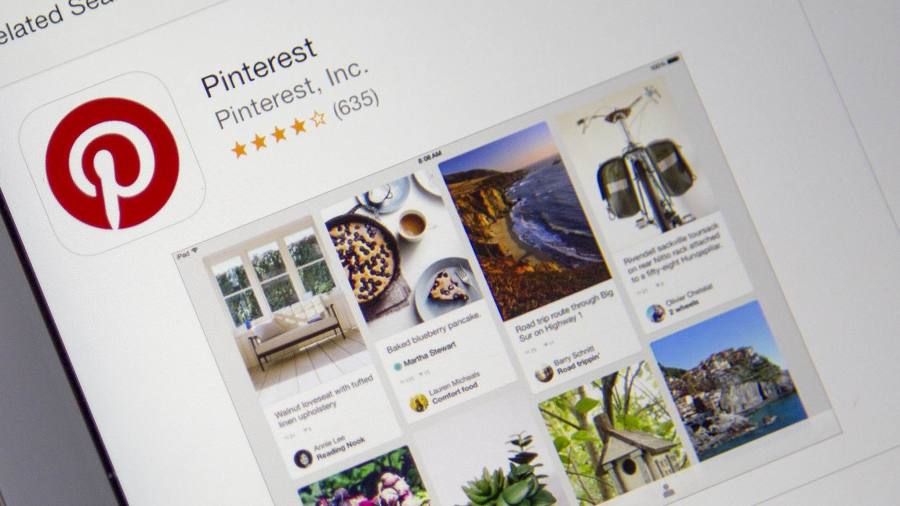 Pinterest has filed confidential initial paperwork for its initial public offering with the US securities regulator, according to two people familiar with the situation, as Silicon Valley readies for a bumper year for technology listings.

The visual discovery platform, known for its dedicated user base that posts home decor, food and wedding photos, is pushing ahead with its plans to list this year and has filed IPO documents with the Securities and Exchange Commission, the two people said.

The news, first reported by The Wall Street Journal, comes weeks after it emerged that the company had hired Goldman Sachs and JPMorgan Chase to advise on the float. Pinterest was valued at more than $12bn at its latest funding round in June 2017.

The social media platform is one of several high-profile Silicon Valley listings touted for 2019. Ride sharing services Uber and Lyft both filed their confidential paperwork to the SEC in December last year, with the latter now expected to go public as soon as March.

Other fast-growing start-ups, such as Slack, have been weighing listing their shares directly, instead of following the traditional IPO route.

The forthcoming listings, which also include Airbnb, come as technology companies typically stay private for longer, tapping an increasingly deep pool of private capital and, in many cases, reaching huge “unicorn” valuations.

Uber, for example, is now seeking a public market value of more than $100bn, positioning it among the biggest US IPOs ever.

The precise timing and pricing details for Pinterest’s listing are unclear.

Some social media companies such as Facebook have been battling with numerous scandals over data privacy, misinformation and abuse on their platforms. Pinterest has largely avoided negative coverage.

Founded in 2010, the company first started rolling out advertising in 2015 and has been expanding geographically since then. It now has about 1,600 staff globally.

Still, the platform only accounts for a small portion — less than 1 per cent — of the digital advertising market, which continues to be dominated by Google and Facebook.

IPO activity paused at the start of the year after the US government shutdown paralysed the SEC’s review process. SEC employees have since returned to work, but the threat of a potential second shutdown remains.