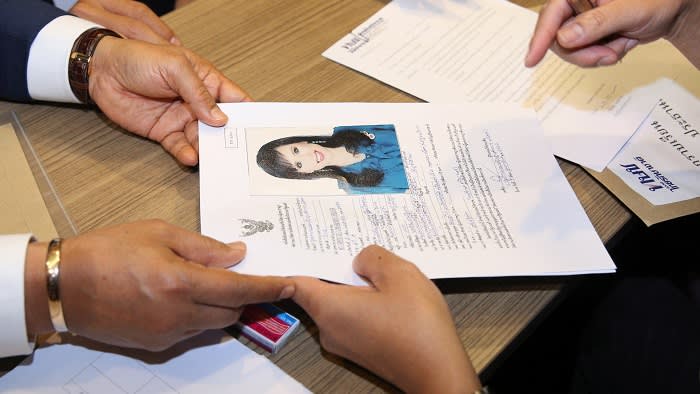 Ubolratana Mahidol, the older sister of Thailand’s King Maha Vajiralongkorn, has been nominated as a prime ministerial candidate by a leading party, marking the first time a senior member of the country’s royal family will participate in an election.

The Thai Raksa Chart party, affiliated with exiled populist former prime minister Thaksin Shinawatra, named the princess, daughter of the late King Bhumibol Adulyadej, as its candidate for the election, which is due to be held on March 24.

The party’s leader, Preechaphol Pongpanit, announced the move on Friday in Bangkok.

Separately on Friday, Prime Minister Prayuth Chan-ocha, head of Thailand’s governing military junta, said on Friday he would contest the election as a prime ministerial candidate for the pro-junta Palang Pracharat party.

Princess Ubolratana, who is 67, relinquished her royal titles after marrying Peter Jensen, an American citizen who she later divorced, but Thais still revere her as a member of the royal family and use her title.

The March vote is being watched closely because it marks Thailand’s first return to electoral politics since the 2014 military coup.