The European Commission has no choice but to be political 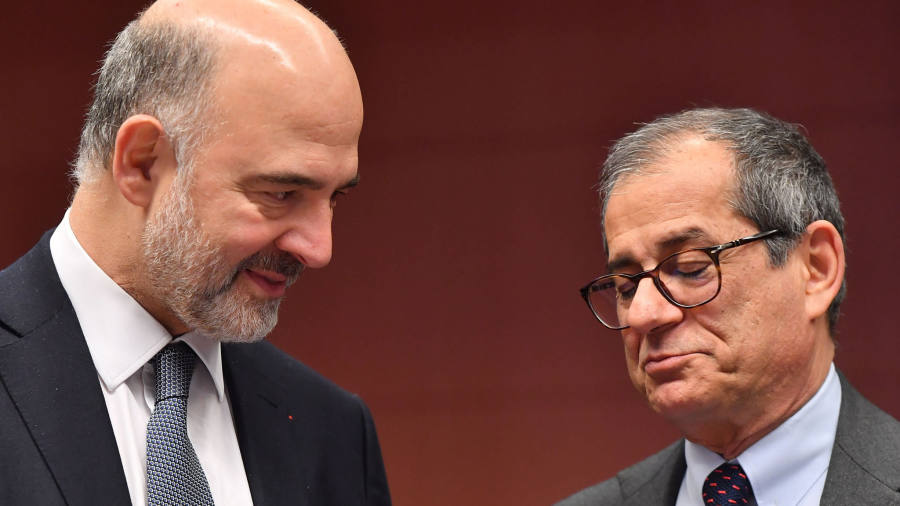 The European Parliament will soon face the most momentous elections in its history. In late May, citizens’ votes will define the course of the EU by determining the relative weight of pro- and anti-European forces. This will be a defining democratic moment that frames the political priorities of the continent for the coming five years.

For the past five years, the European Commission under Jean-Claude Juncker has prided itself on being a “political” body, a concept that visibly grates with some in capitals such as Berlin or The Hague. Yet this is simply a statement of fact: we are accountable to the European Parliament, which rigorously scrutinises our proposals, our decisions and our daily work. We are supported by a political majority. In short, we are far from the obscure technocratic administration, without any control or political judgment, that some like to portray us as when our decisions do not suit them.

Taking into account the political context is vital, because many of the decisions or proposals we make have a political impact in the member states and on public opinion. This does not mean we are politicised in the fulfilment of our duties, for we remain the guardian of the EU’s treaties and the defender of its rules.

The question is: should those rules always be interpreted in the most orthodox and inflexible way possible? Or should they be applied in a way that allows for constrained discretion? To use a religious analogy, every sacred text has liberal and literal interpretations. In the case of EU rules, is a mechanistic application by “faceless” technocrats really what these times demand?

Nowhere is this debate more acute than when it comes to the application of the EU’s fiscal rules, for which I have been responsible since 2014. Some claim the commission should apply these rules quasi-automatically, using only data and procedures that would leave no space for discretion. This is a fantasy. The most independently produced data are subject to measurement errors and revisions. The most precise rules sometimes produce borderline cases, which require careful judgment calls.

Some critics even dream of transferring the commission’s responsibilities to the European Stability Mechanism, which they see as more independent than the commission. One can easily imagine how the ESM board, composed of 19 finance ministers, would apply the EU’s fiscal rules to themselves — indeed, some appear to have no difficulty with political discretion on these matters, provided it is exercised by the Council of Ministers.

I believe most finance ministers are conscious of these contradictions. Perhaps that is why, in spite of the criticisms made publicly by some ministers, the council has always validated our proposals unanimously, albeit discreetly. This was the case when the commission declined to propose sanctions for Spain and Portugal in 2016, a move that would have been incomprehensible to their crisis-hit populations. And ministers explicitly supported the dialogue between the commission and Italy that led to a substantially amended Italian budget last December.

This was not bending the rules. It was applying them flexibly, in order to maximise what really matters: sustainable deficits, durable debt reduction and political ownership in the member states concerned. The fiscal rules exist not to impose a hair shirt of austerity on the euro area but to ensure sustainable public finances.

Moreover, the results are there for all to see: with debt levels steadily decreasing and the aggregate deficit of the euro area below 1 per cent of gross domestic product, I am proud of what has been achieved since 2014. We chose impact over sanctions, rather than sanctions without impact. Dialogue trumped conflict, which is after all what the EU is about.

And to those finance or foreign ministers who criticise the commission for being too political and not democratic enough, I would invite them to boost the transparency and accountability of decision-making in the eurogroup, which a recent report by Transparency International argued “continues to evade” proper accountability.

I ruffled the feathers of several colleagues in 2017 when I said the eurogroup’s handling of the Greek crisis had been a democratic scandal. Here were ministers taking decisions that would affect millions of Greeks’ jobs and pensions, but to whom were they accountable? Individually, to their national parliaments; collectively, to no one at all. Only the commission felt a political duty to discuss these measures with the Greek Parliament.

I hope the European election campaign will be an opportunity for a democratic debate on these important matters. The commission can be criticised for its decisions and its legacy. This is legitimate. I will be proud to explain why we need to preserve a resolutely political European Commission for the future.

The writer is European Commissioner for Economic and Financial Affairs, Taxation and Customs