Watch out for China’s trade red lines as anniversaries loom 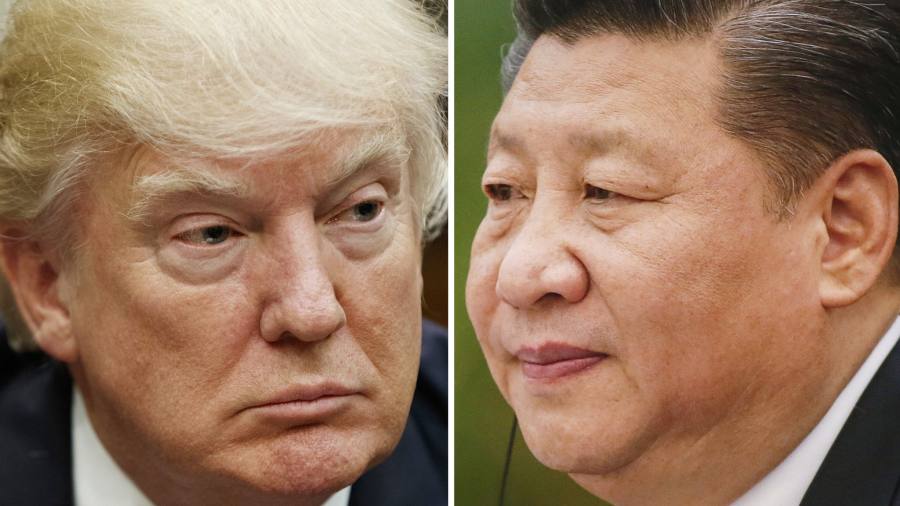 If Donald Trump fails to reach a trade agreement with Xi Jinping by next month, triggering an additional round of tariffs and counter-tariffs between the world’s two largest economies, the US president may be inclined to blame one of his Democratic predecessors — Woodrow Wilson.

One hundred years ago this spring, Wilson signed off on the controversial first world war peace deal that awarded German colonies in China to Japan rather than returning them to Chinese authorities. This insult sparked the “May Fourth” student movement that today’s ruling Chinese Communist party reveres as a patriotic precursor to its own revolutionary triumph, the 70th anniversary of which falls in October.

These two anniversaries are casting a long shadow over China-US trade negotiations. The talks resume in Beijing this week, with Vice Premier Liu He and US Trade Representative Robert Lighthizer still at loggerheads over a host of “structural issues” that underpin the unique workings of the world’s second-largest economy.

When Mr Trump first imposed punitive tariffs on Chinese imports last year, he did so as a committed mercantilist who sees global trade as a zero-sum game in which the country with the biggest surplus wins. Hence his initial focus on eliminating China’s merchandise trade surplus with the US. Mr Trump has since received a crash course in Chinese industrial policies and state subsidies from Mr Lighthizer. Over recent weeks, Mr Trump has said no trade deal with China will be complete without a satisfactory resolution of these issues as well.

Where Mr Trump and his team see unfair trade practices, Mr Xi sees sovereign prerogatives that have been central to the Chinese economic miracle over the past four decades.

China’s leadership is eager to avoid escalating the trade war as economic growth slows. To do so, it is prepared to eliminate restrictions on foreign investors in all but a relatively small number of industries and will continue to lower tariffs on imports, according to economists and people with knowledge of the Chinese position.

But far more threatening, in Beijing’s view, are US demands that his administration stop shielding large state-owned enterprises from foreign and private-sector competition, while also ending “market-distorting subsidies and other forms of government support” for Chinese companies in priority sectors.

Here there are strict limits to the concessions Beijing is prepared to make, as Mr Xi hinted in a recent speech to provincial leaders about unspecified hostile forces that he thinks are determined to destabilise China.

Under China’s antitrust law, state monopolies are deemed to be in the “public interest”. Government support for local champions is also considered essential, especially when some of China’s most successful technology companies, such as Huawei, are targeted by US authorities.

For Mr Xi, yielding to US pressure in such areas — while also agreeing to subsequent reviews of China’s “compliance” or lack thereof — would betray both the spirit of the May Fourth student protesters and Communist China’s revolutionary founders, his own father included.

“The seminar with the provincial leaders about risks was a signal [from Mr Xi] to get ready for difficult times because China’s not going to change and no one’s going to force it to change,” says Scott Kennedy at the Center for Strategic and International Studies. “The change Americans and others want is not the change China thinks it needs.”

Like all senior Chinese leaders, Mr Xi believes that the Communists’ victory in 1949 was the moment when China finally ended a “century of humiliation” at the hands of foreign invaders and finally took back control of its own destiny — something that Wilson and the other victors of first world war denied China at Versailles.

As Beijing’s trade showdown with Washington approaches its climax in this sensitive anniversary year, it is likely, despite the economic clouds gathering, that Mr Xi will be even more determined than usual to hold his ground.